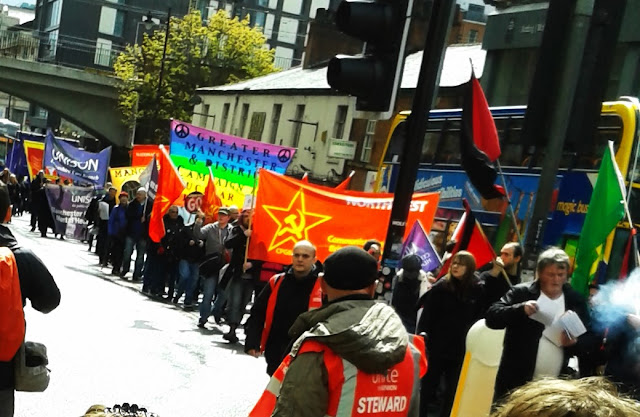 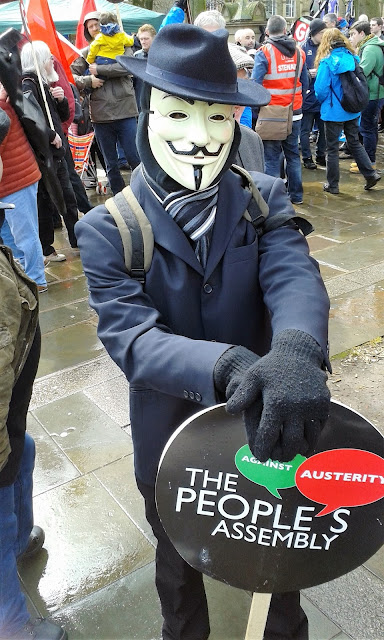 Smells is this month’s City Daily Photo theme and there were many aromas in the air yesterday on the Manchester May Day March. As the scents of the last blossoms of spring in All Saints Park faded, the spring showers of sleet and rain gave a freshness to the air, detracting briefly from the usual acrid polluted smells of the Oxford Road corridor.

As the hundreds of us assembled and then marched, the waft of food smells mingled in the air. From the wholesome heartiness of On The Eighth Day past the artificial chemical smells pumped out of fast food stores along Oxford Road. Bellowing bus and van exhaust fumes sprayed out on the other side of the road to the march and the occasional red flare was set off – the latter causing rather a pleasant smell in fact.

We marched, drummed and chanted our way to Sackville Gardens where we were greeted with gazebos and tents all set up for the day of entertainment, education and campaigning. The coffee stall aroma was welcome and warming (and free to the first hundred people in recognition and solidarity) and, in sunny spells, we enjoyed the smells and tastes of great veggie and vegan stalls, donating what we felt was a fair price for the food fare.

An inspiring day marching with the People’s Assembly Against Austerity, the NUT, CND and many other unions and political parties. Happy May Day to all fellow workers of the world - unite! 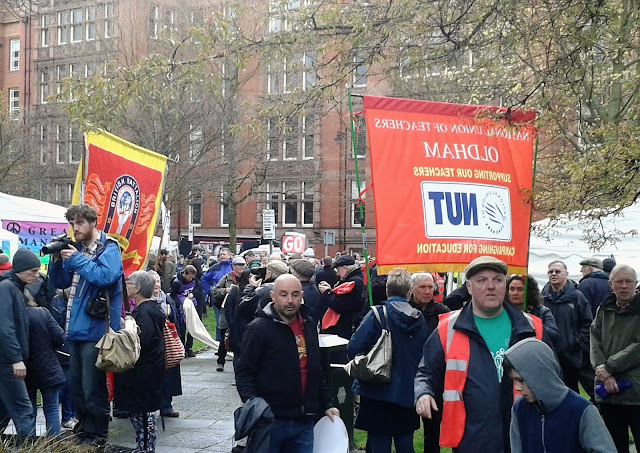 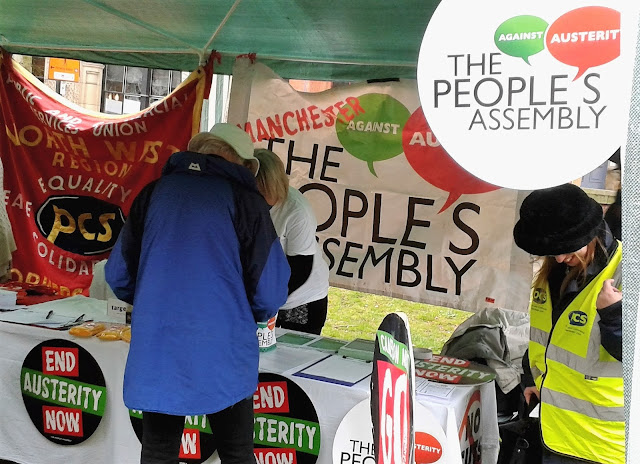