Fun for all at the Manchester Children's Book Festival @mcbf2014 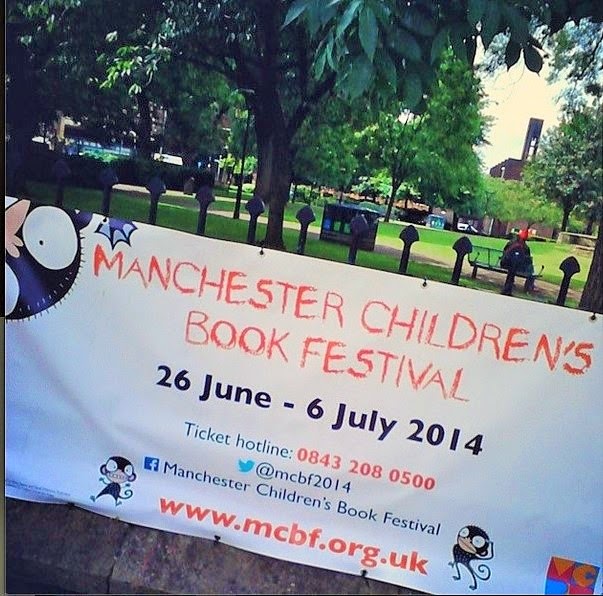 Any literature festival is good in my book... The Manchester Children’s Book Festival got me thinking of my favourite childhood books. Mine were the Uncle the elephant series by JP Martin, (illustrated by a then relatively unknown Quentin Blake) which has undergone a small renaissance in recent years, although had already attained something of a cult status.

A benevolent elephant in purple dressing gown lives in Homeward, a huge swathe of land and castles, towers and communities, and with friends who include the old monkey and the one armed badger, explore the immense grounds, encountering all kinds of characters (good and less so), caverns, municipal creations, unlikely buildings, wonderful landscapes, quirky water features…

I first read several of the series when travelling from London to Loch Ness one summer decades ago; a lifetime later I was delighted to buy a special omnibus version last Christmas thanks to a Kickstarter campaign.

JP Martin lived all over the place but one of his favourite excursions was around the industrial streets of 1930's Manchester and Salford- the monolithic gasholders influence some of his imaginative constructions that appear in the books.

Uncle has lived on into this century though and even has his own blog, Tales from Homeward. See also other modern interpretations at http://uncle-tv.com/.

Which brings me to the question, what's your favourite childhood book?