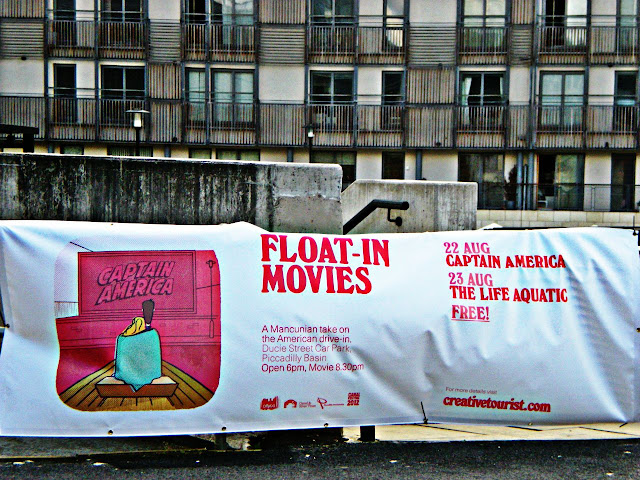 There are often canal festivals on the north west's waterways but the 2012 Canal Mini Festival is one with a difference. As it is held in the Northern Quarter there is an inevitable artistic twist to proceedings.

Where other such festivals are more about the narrow boats and people of the past who plied their trades along the canals, this one has a float in movie, and more, including a lomo wall (see next Monday's post), a theatre boat and a floating barge which doubles as a hostel and bar.


"A Mancunian take on the American drive-in: two nights of free, outdoor film at a canalside, pop-up cinema. Bring your car, your boat or just yourself (and an FM radio) for screenings of Captain America (filmed in the Northern Quarter, fact fans) and The Life Aquatic. Plus hot noodles from Ning, deckchairs, Bollington Brewing Co. beer and a bar."

Visit: http://www.creativetourist.com/events or follow on Twitter @creativetourist  #canalfest
Mancunian Wave is linking to this week's Signs, Signs blog.
Posted by Chrissy Brand at 08:28