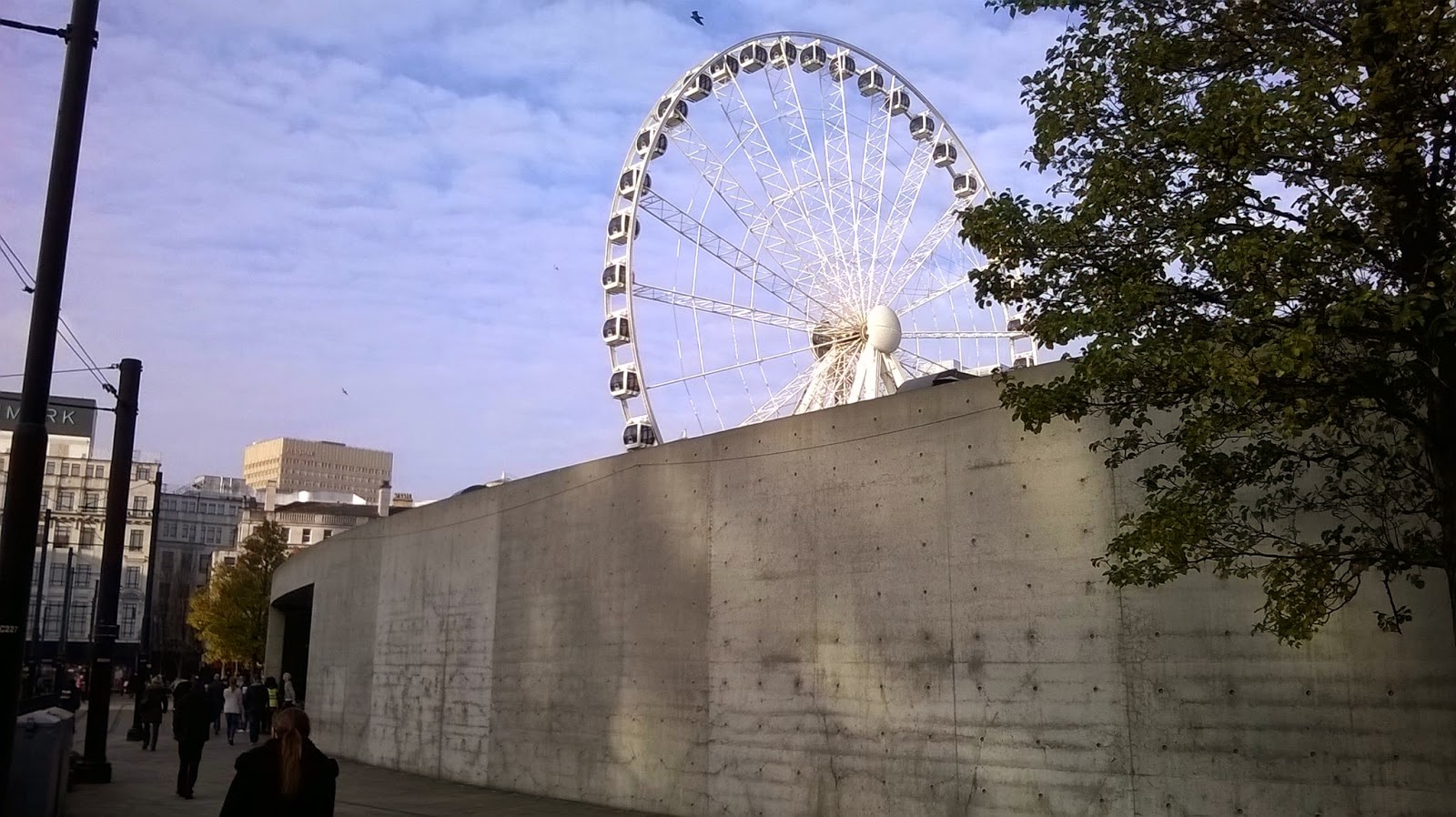 The lonely leafed trees at each end of the dreaded wall make this a rather forlorn entry to this week's Thursday Challenge of leaves. Once upon a time Piccadilly Gardens, behind this wall, was an urban oasis of flowers and trees, with subtle leaf blossom in spring, bright colours in summer and auburn tinges in autumn. 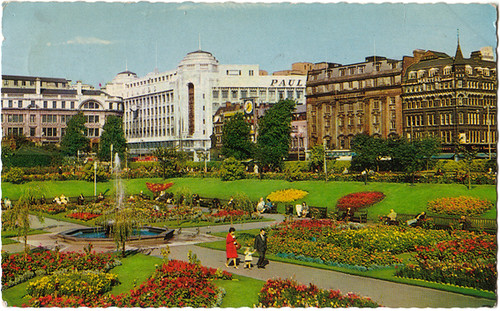 The hideous "Berlin Wall" was commissioned by Manchester City Council years ago and has been hated by millions ever since. It may block out some of the noise and fumes from the bus station when you are in the Gardens but why it was never decorated with street art or plant life I will never understand. After many long running campaigns, finally a Manchester Evening News survey was listened to and things are gonna change. The wall will form the inside of retail units, which is not the answer but it's a start. To knock it down would cost at least £50,000 evidently, although I know a thousand Mancunians who would do it for free...

"For 12 years a big slab of grey concrete has blocked the view of Piccadilly Gardens from the south-east of the square. The wall, designed by acclaimed Japanese architect Tadao Ando as part of a refurbishment exercise after the 1996 IRA bomb, has long been compared unfavourably with the most visible symbol of the iron curtain.

Earlier this year the Manchester Evening News launched a campaign to get rid of the wall, after three-quarters of its readers said they hated it. The structure was also blamed for Piccadilly Gardens being dubbed one of Manchester’s worst tourist attractions by TripAdvisor."

“Come the revolution, that disgusting concrete wall will be the first thing to come down. Until then I suggest covering it with hanging baskets or creeping plants or something,”" More at the Guardian.