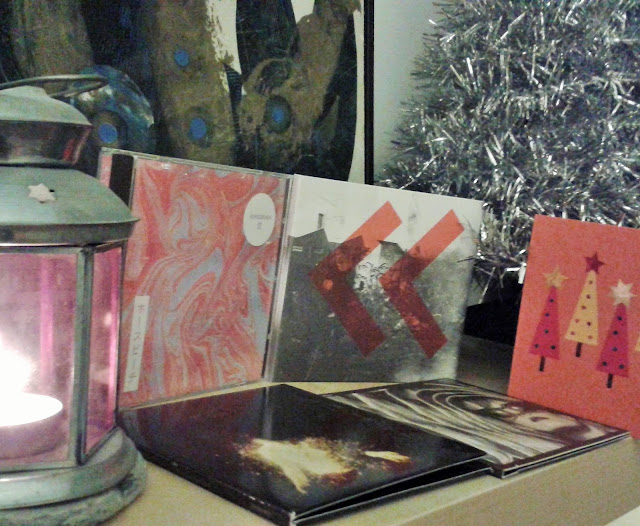 The album I've played the most since it was launched in June is Wolf Alice's My Love is Cool- they are adept at balancing raw energy and melting melodies with a sonic smorgasbord going on underneath. Am still working out some of the lyrics' meanings. Seeing this wonderful London based band live twice in Manchester made me love them even more. Looking forward to seeing them again in March.

The next three choices are all in Piccadilly Records top 100 albums (in fact they all make their top 10, for what it's worth). Wistful wondrousness in the form of Gwenno and her solo album Y Dydd Olaff. It's far more than mere synth-pop, with a mix of Stereolab and Saint Etienne in there. the album is based on a Welsh sci-fi novel from the 1970s by Owain Owain about a dystopian future where humans are turned into clones by medication. Themes covered include this patriarchal society, government-funded media propaganda, cultural control and threat to minority languages.

Ryan Kennedy's creation Horsebeach II is wonderful and I missed the chance to see them at Band on the Wall this month- next time. Emotional at times and you are washed over by guitars and synths on a wave of melancholia-tinged positivity. They are a Manchester band, as is final choice- Lonelady (Julie Campbell). Hinterland is an audioscape exploring Manchester's unloved urban decay with a nod to the gloom of Joy Division but with its own energy and hope.