ABC Wednesday: "U" is for unnecessary casualties #DontBombSyria #WelfareNotWarfare @STWuk 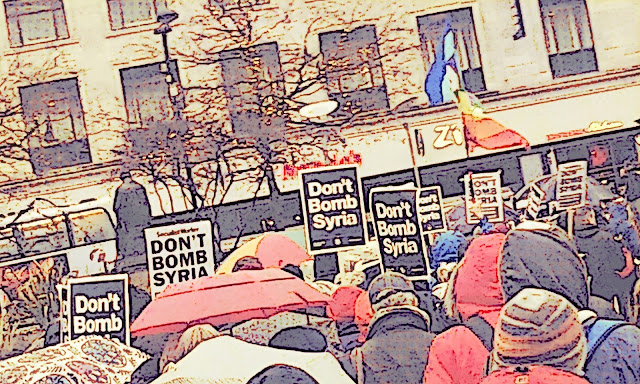 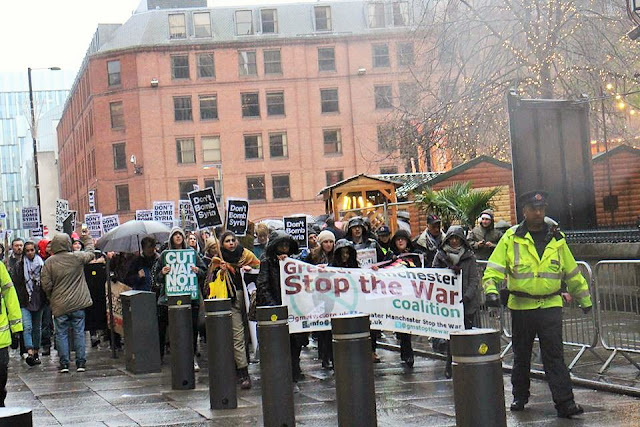 The fabulous photo above was taken by my new friend Rina Srabonian.
The photos top and below are mine ;-)

Hundreds of us were in Manchester on Saturday to demonstrate against the likely UK government decision to bomb Syria. Thousands of others around the country marched too as part of the Stop the War Coalition. Even the racist Daily Mail is opposed to bombing Syria and Richard Shirreff, a former NATO General, points out how it will end in tears, and the spilt blood of innocents.

We are out tonight in Manchester to demonstrate, join us in Piccadilly Gardens from 5.30 if Cameron and other right wingers, including right wing Labour Party traitors, have declared war by then.

Yes, of course we need to remove the threat of ISIL but just as with UK bombings of Afghanistan, Iraq and Libya, all that happens is thousands of innocent civilians get killed. Some of the mourning relations and friends are then more likely to become radicalised and take to barbaric actions like we saw in Paris, Bamako, Madrid, London, NYC etc. Did the UK government learn nothing from the illegal invasion of Iraq by Dubya Bush and Bliar?

As many have stated before, including Brian Eno on Saturday, a way to remove the threat is to trace the ISIL money and cut it off. 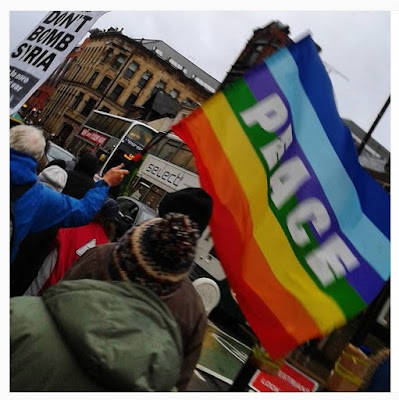