ABC Wednesday: "V" is for Vivi In Stile app 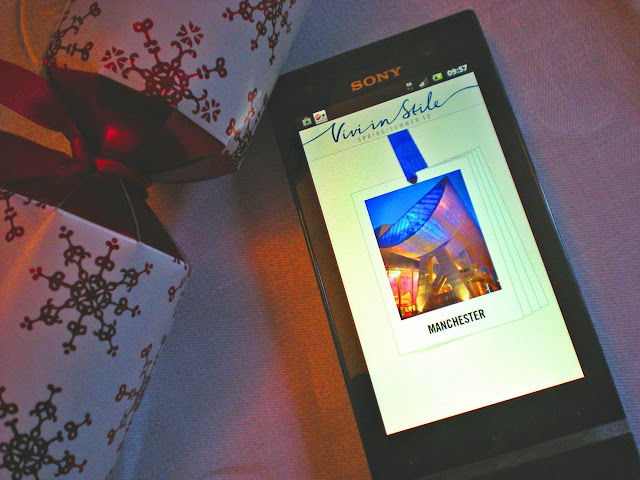 Mancunian Wave is linking today with ABC Wednesday  where we have reached the letter "V".

Nastro Azzurro Peroni are known for being a brand of stylish and rather nice Italian bottled lager (since 1963). They have also produced a suitably stylish app that brings some Italian class to seven British cities which is called Vivi in Stile. ("Live Stylishly").

Choose your city (Birmingham, Bristol, Glasgow, Leeds, Liverpool, London and, of course, Manchester) and then be guided to a wide range of bars and restaurants, as well as some of the fashionable shops and galleries.  Downloads are available for Android and Apple.

It’s a useful culture (and cultured) app with only the most subtlest of mentions of who is behind it (i.e. Peroni)  - a welcome change. It’s ideal for planning a visit to any of these cities and also a useful little tool when in your hometown. The app’s map is handy too if you are a new kid in town.

I like to think I’m pretty much on the ball when it comes to places to eat and drink in Manchester and Vivi in Stile does list and review a wide range of places. From the upmarket Edwardian domed, linen-tabled Stock restaurant and celebrity hangout San Carlos through to more homely eateries.

At the weekend I met up with friends and family and we had a go at putting Vivi in Stile through its paces. Sunday lunch for 11 people aged 2 to 80+ is a big ask, so we all ate at an Italian restaurant, which always guarantees something for everyone.  I had long wanted to check out Dough Pizza Kitchen in the Northern Quarter- it's stylish while retaining a fun and down to earth element too.

The Esplorare part of the app contains places to enjoy around town: bars, restaurants, boutiques and secret design, foodie and fashion hotspots. Other places on a Mancunian magical mystery tour that the app conjured up for me to try out or revisit included Electrik, The Wharf, Lamarrs, Levenshulme Antique Gallery and the Victoria Baths.

If the proof of the pudding is in the eating then in this case the proof is also in the drinking, the shopping and the perusal of art. Vivi In Stile has nice clear graphics and design which would be suitable for adults of all ages. The app is updated regularly and it was a refreshing change to be guided somewhere new or different from my regular haunts. Places it listed that I've covered on this blog before included The Oast House and Venetian tapas bar Chichetti. It also suggested a good wander around Media City and the Lowry Centre, which makes sense.

Having said all that, hopefully my favourite restaurants (1847 and Greens) will be added to Vivi in Stile soon, along with my top café stops (Earth, North Tea Power and On the Eighth Day) and my bar of choice (Dimitri's).

As for the suggested clothing shops that the app lists, these were mostly too high end for my tastes and, I imagine, most people’s (Harvey Nicks and Selfridges are neither in my price bracket nor style) but Junk Designs in the Northern Quarter got a place on the app which was nice to see. Additions of others of its ilk to the app would be good and maybe attract a wider range of users. It was also a pleasant surprise to see another of my favourites, Magma. The Craft Centre deserves a mention too. Happy apping ;-) 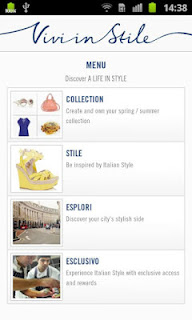 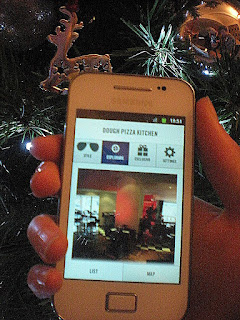 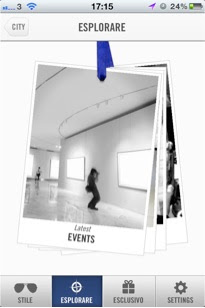 With thanks to Deb, Kerry and Tim.
Posted by Chrissy Brand at 09:30