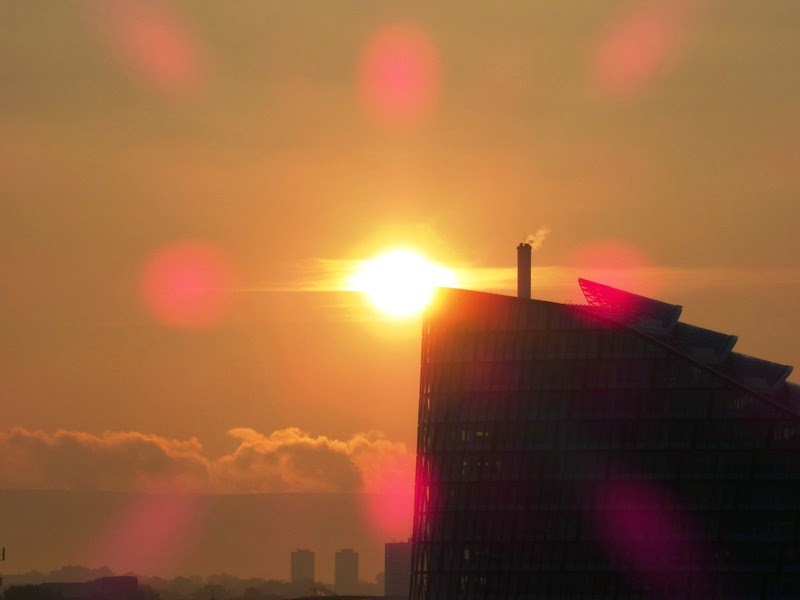 6.40 a.m. 4 September. The sun rises over the Co-op building on Angel Square.
Have a look at other Skywatch Friday posts around the world.

(Yesterday's photo was taken on the southern side of Albert Square, above the entrance to St. Andrews Chambers and no.21).

Today's sunrise shot was the first photo that I have taken with my new camera, which I bought last week. Sadly my point and shoot Nikon Coolpix which served me well for 8 years and 8000 photos developed a fatal lens problem. The Jessops’ staff seemed amazed it had lasted that long, saying the average camera only makes it to about 4 years. What a shocking waste- if that is correct then it shouldn’t be allowed, surely? Cameras used to last decades from what I recall?

I wanted to buy a bridge camera - more than a point and shoot but not as expensive or large as a DSLR. Research led me to go for a Sony HX50. So I snapped the above shot and then realised that with my schedule for the following 24 hours I could play an amusing and creative game of “the first three shots taken on the new camera being taken in three different cities”.

After work on 4 September I jumped onto a train from Manchester to London (180 miles and a bargain £19.50 fare). I had a couple of hours in London that evening and went to the Serpentine where I took the first photo below. The light was appalling, one of those polluted (?), almost white skies that cities get when their mayor does nothing aboutcurtailing car use and exhaust fumes. But the photo represents a version of London to me. Click 2. It’s a Henry Moore sculpture (“The arch”) on the edge of the Serpentine and with Kensington Palace on the horizon.

I was then due to catch an overnight megabus and ferry from London to Paris (a cheap and cheerful £20). I slept better than I’d feared. So I arrived in Paris about 24 hours after I had taken the first photo above. As with my time in London, I wanted to find the right photo, not just click at everything, the first three with my new camera had to illustrate the cities they were taken in.

The Paris sky was even mistier and paler than London - pollution again or heat haze? The temperature soon rose to 27°C. I knew what subject matter I wanted, an art nouveau-inspired Metro station. Click 3. 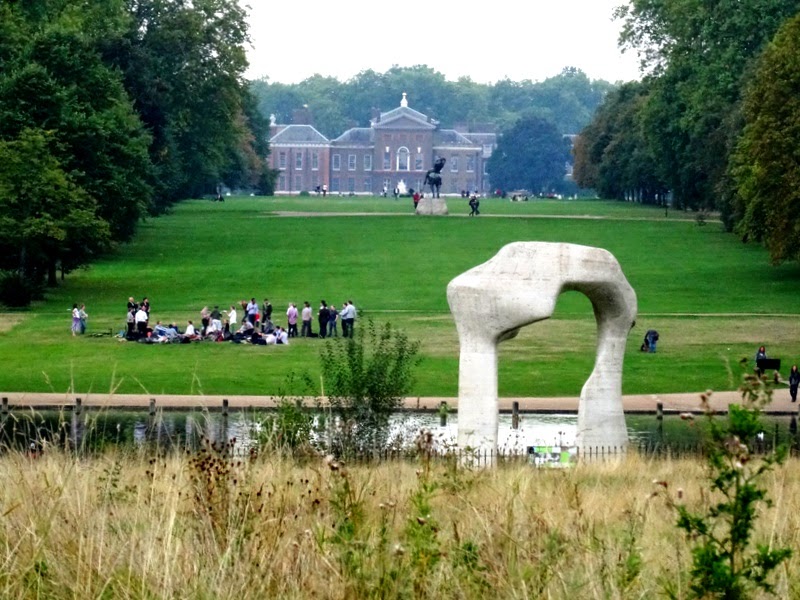 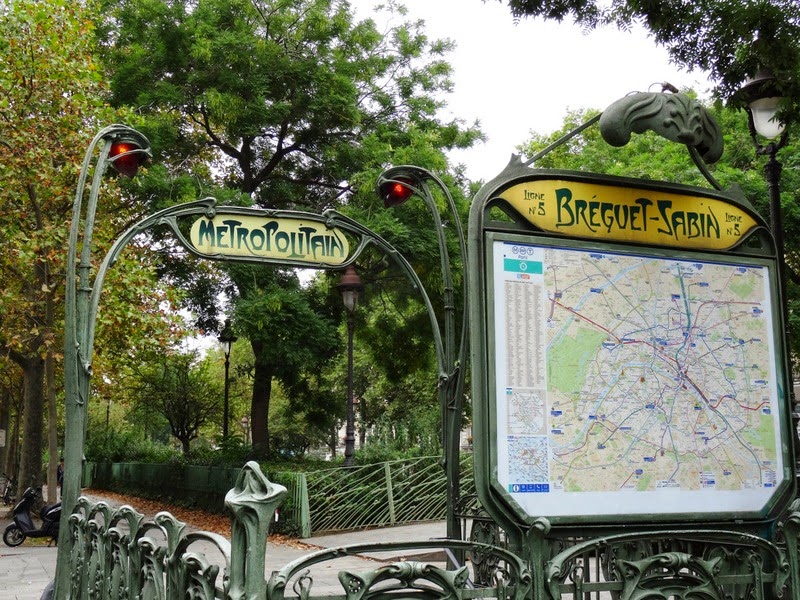