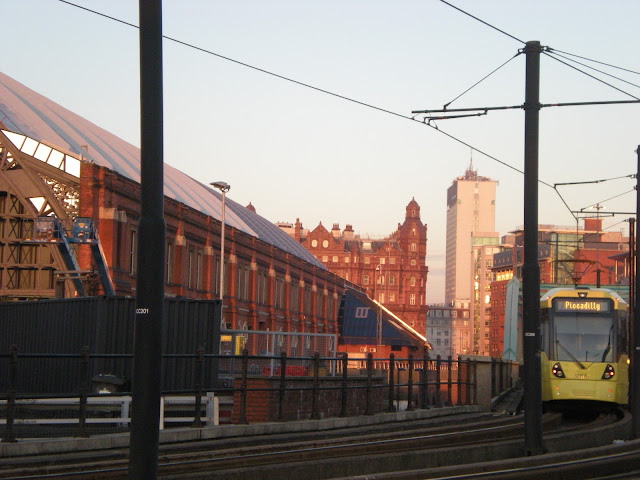 Late afternoon, just before the start of the commuter rush hour on the ever expanding Metrolink tram network.


Evidently it carries about 20 million passengers a year- which is one of those uses of statistics I always find slightly odd. It means that there are 20 million individual journeys rather than there being 20 million different people who use it annually.

Millions of pounds are being invested in several new lines. Overall it's a good, cleanish and fast system, although often overcrowded and fares aren't cheap- they increased again last month, unlike most of us poor passengers' wages...

Linked to Friday's fences at: http://lifeaccordingtojanandjer.blogspot.com/
Posted by Chrissy Brand at 07:12