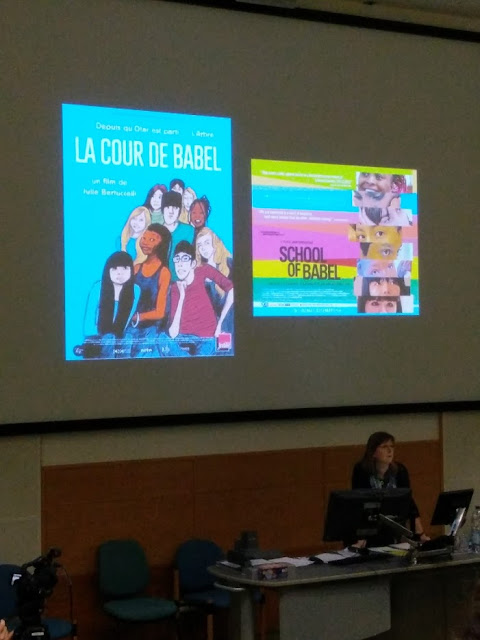 A really interesting evening at MMU for the HiP (Humanities in Public) Beyond Babel multilingual film festival. It shows the wonderful positivity of multiculturalism.The festival is free and there is another film this evening, I recommend you attend.

Talks and a very moving and inspiring French feature-length documentary (Le Cour du Babel ) set at a northern Paris school, called La Grange aux Belles. It tracked the academic year and the lives and development of the 24 students in the reception class, a term used for non-French speakers and which get their French up to speed so that they can join the main classes and lessons.

The pupils were aged probably 11-13 and came from all over the world. They included a Jewish Serbian escaping neo-Nazi persecution of his family, girls from Mauritania, Ukraine, Senegal, Egypt and the UK, boys from Belarus, Brazil, Chile, Venezuela and Northern Ireland. 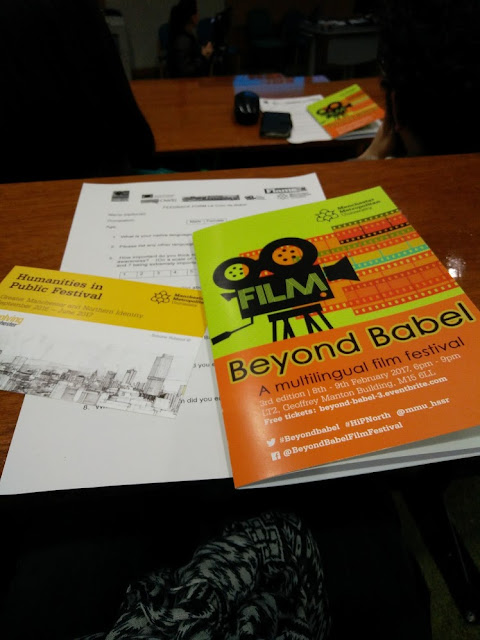